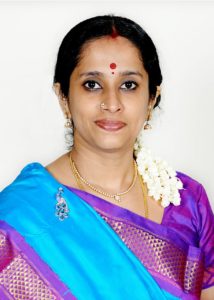 Smt. Vishakha Hari is a practitioner of the ancient beautiful form of art called Harikatha or Katha keerthan. Herein she weaves beautiful stories of value and wisdom interspersed with mellifluous songs of yesteryear great composers. Her themes are varied and are generally from our great epics and puranas like the Ramayan and Srimad Bhagavatha Puranam. She presents Harikathas in Tamil and English (the narrative is in Tamil or English) and the songs are from various languages including Telugu, Kannada, Marathi, Hindi and Sanskrit.

She was initiated into music right from her childhood years as early as when she was 5 years old. This was truly because of the passion of her parents who are lovers of Indian art and 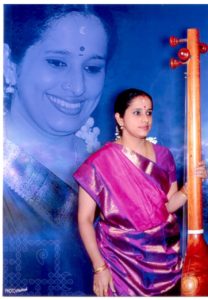 culture. After her marriage with Shri Hariji she was initiated into the art of Harikatha by her guru and father- in-law Shri Krishnapremi Swami who is a great vidwan in shastras. Blending beautifully both music and katha she spreads valuable messages of love and peace throughout the world. She has been awarded several titles and has raised funds through her programs for several social causes. Having secured the Third Rank in the Final Chartered Accountancy examination along with an All India First in Direct Taxes she is an academician too. Presently she is guiding children, teenagers and youngsters to look up to Indian culture and arts for which she has been honoured as the Distinguished Professor of Oriental Studies and Arts. She and her husband tour all over the world to spread Indian values and universal peace.

She is the founder of  ‘VIJAYASHRI SCHOOL OF HARIKATHA’ – a patashaala to promote the art of Harikatha and a medium to promote our culture, values and Dharma.

Hari has given a number of performances in India and abroad.
She has also helped raise funds for various charities: Cancer patients for Vasantha Memorial Cancer Centre,  special children affected with Down syndrome, mentally challenged patients, heart patients at Narayana Hrudayalaya, destitute and orphans at Sai Samskrutalaya, downtrodden at Prathyarpana Foundation, Rama temple at Delhi. 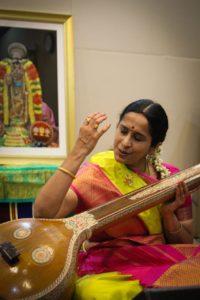 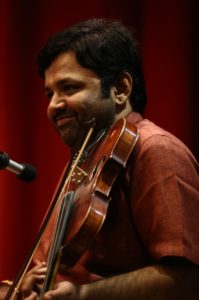 B. Ananthakrishnan is blessed to hail from a reputed musician family. He is the grandson of renowned Violin Vidhwan, the Late V.K. Venkata Ramanujam Iyengar (Exprofessor Performing Arts Banaras Hindu University), and son of equally reputed violinist Dr. V. Balaji, Head of the Department, Faculty of Performing Arts, Banaras Hindu University (Varanasi). Anantha Krishnan continues his training today under the guidance of the wellknown Violin Vidhwan, Sri S. Varadarajan. He has had the honor of accompanying almost every living legend in the field, and continues to share the stage with all senior artists today. Anantha Krishnan has received great appreciation from reputed critics in major newspapers and magazine publications across India and abroad. Performance Experience: vi Delhi Doordarshan, 1993 Performed alongside his grandfather the late Vidwan V.K. Venkata Ramanujam at the young age of seven. vï Has performed in every major sabha all over India, including The Music Academy Madras, Sri Krishna Gana Sabha, Narada Gana Sabha, Bharat Kalachar, and Shanmukhananda Sabha (Mumbai), just to name a few. vï Performed concert tours in several countries around the world including Germany, Belgium, USA, Singapore, Dubai, Doha, South Africa, and Australia. Holds a B-High grade from All India Radio, Chennai.
Awards & Achievements: 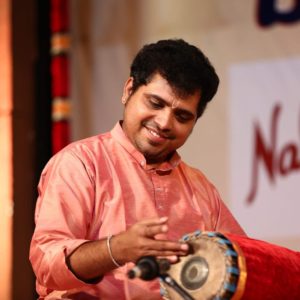